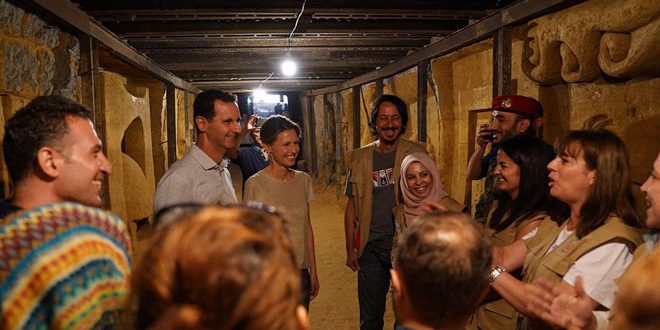 (DAMASCUS) President Bashar al-Assad and Mrs. Asma al-Assad visited on Thursday one of the tunnels of death dug by  terrorists under a school destroyed by mercenaries in Jobar neighborhood. A group of 18 Syrian artists had transformed the tunnel into an art gallery that includes 20 wall sculptures. The work took 25 days over an area of 80 square meters and at a depth of nine meters underground.

President al-Assad and Mrs. Asma praised the initiative and efforts of the “Aram” team’s artists, who cleared the fingerprints and darkness of terrorism that had haunted the tunnel for years by decorating it with carvings depicting the sacrifices of the Syrian Arab Army, the Unknown Soldier and the ancient and modern history of Syria.

President al-Assad affirmed that destruction, darkness and death are the terrorists’ culture while construction, light, life and art are “our own.” 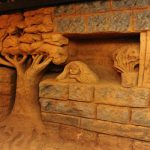