In a region of the world where public talk of cancer is taboo, Syria's President announces the First Lady's treatment for breast cancer.

Bashar with Asma in a hospital room 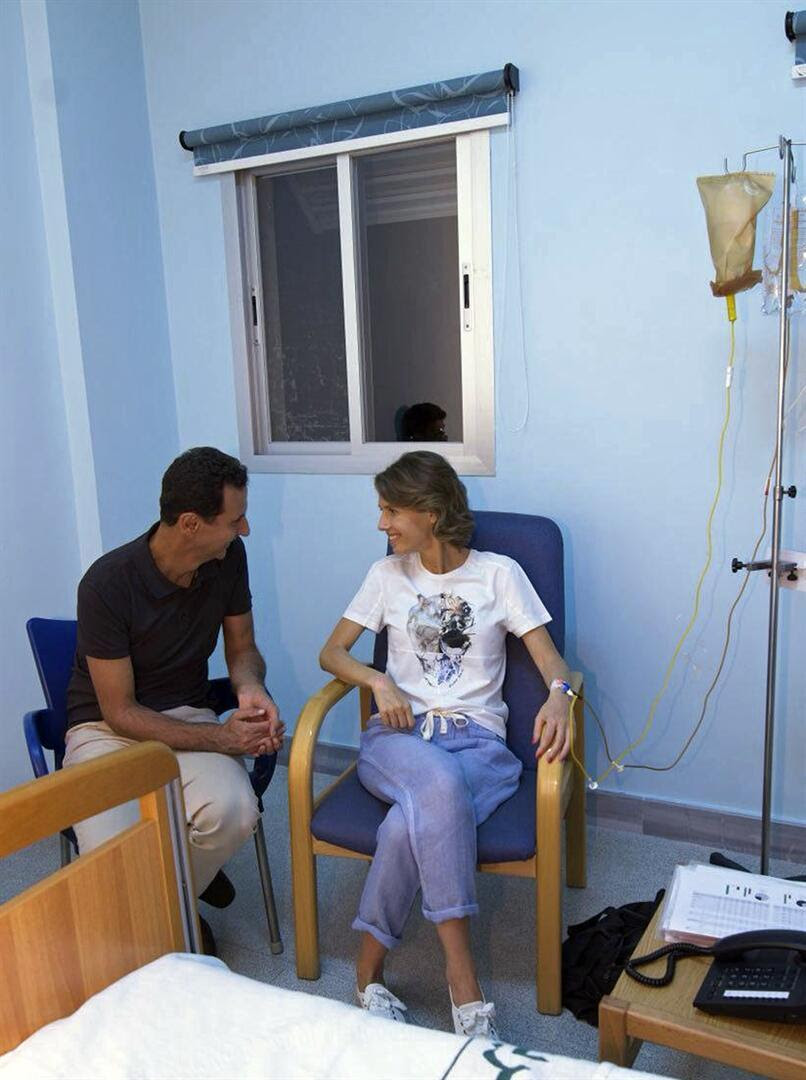 Such public announcements are uncommon in the Arab world, where cancer is considered a taboo.

The presidency posted on its Facebook page a photo of President Bashar Assad sitting next to his wife in a hospital room with an IV in her left arm. The accompanying statement said the "malignant tumor" was discovered in its early stages.

State news agency SANA said the first lady is undergoing treatment at a military hospital in the Syrian capital of Damascus. It gave no further details.

Later Wednesday, the presidency posted another photo of the first lady walking, carrying a laptop in one hand and a cup in the other. Her left wrist was bandaged. 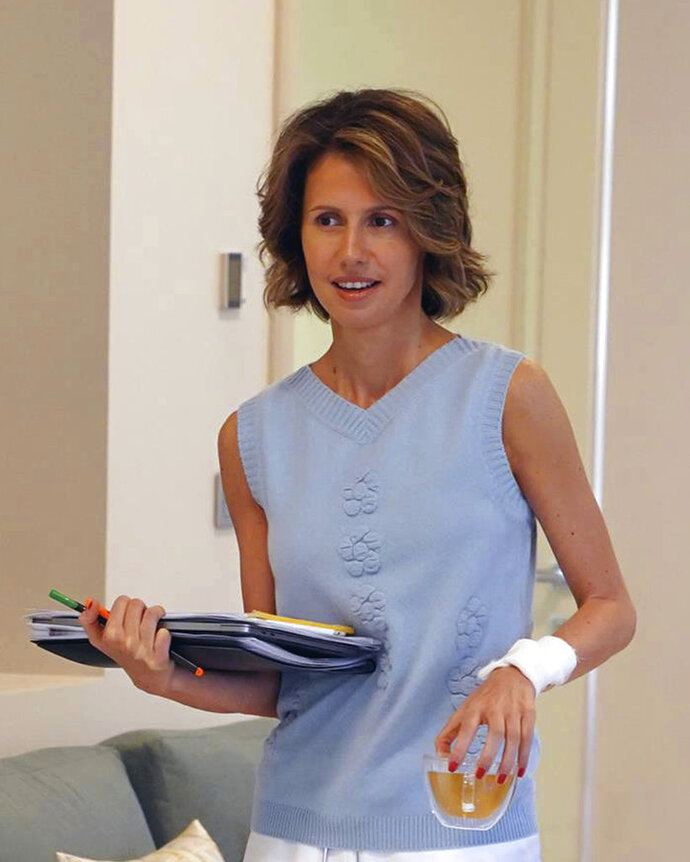 "I belong to the (Syrian) people, who taught the world steadfastness, strength and how to face difficulties," read the caption in Arabic. "My determination comes from your determination and strength in the past years."

The 42 year-old Asma Assad's family is originally from the central province of Homs. She was born and raised in Britain before moving back to Syria after meeting the president.

Since Syria's civil war broke out Asma Assad has mostly been seen in public receiving families of fallen soldiers or hosting people wounded in the conflict, now in its eighth year, which has killed more than 400,000 people. [Pundita note: that's a disputed statistic, and she's been seen in public on many additional occasions, including attending Christmas choir rehearsal at a church near the frontline of the war fighting in Damascus.]

Asma and Bashar Assad have been married for 18 years and have three children, Hafez, Zein and Karim.