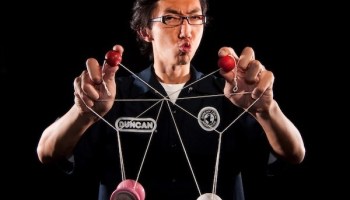 I keep telling people it's something in the water over there but nobody wants to listen.

Defense Secretary Ashton Carter will be walking into diplomatic buzz saw Thursday when he arrives in Turkey a day after President Recep Tayyip Erdogan launched a blistering critique of the U.S.-backed campaign to oust the Islamic State group from neighboring Iraq and demanded a bigger role for Turkish military forces.

Mr. Erdogan’s remarkable outburst was the latest sign of difficulties the Obama administration faces in keeping the various members of its regional coalition pushing in the same direction in the fight to oust the Islamic State from its strongholds in Iraq and Syria and find a way to end Syria’s bloody civil war.

His comments prompted concern among U.S. officials already wary about a series of provocative moves by Mr. Erdogan that analysts say have been driven — at least in part — by a desire to pressure Washington into giving Turkey its way against Syrian and Iraqi Kurds. Mr. Carter’s visit will also be his first to Ankara since a failed military coup nearly ousted Mr. Erdogan and his ruling AKP party from power this summer.
[The report goes on and on from there. Riveting stuff if you have an interest in following the ups and downs of yo-yo contests with the Pentagon.]
******
Posted by Pundita at 10/20/2016 08:41:00 AM