Why didn't the Russians serve us caviar during our embassy to Moscow? 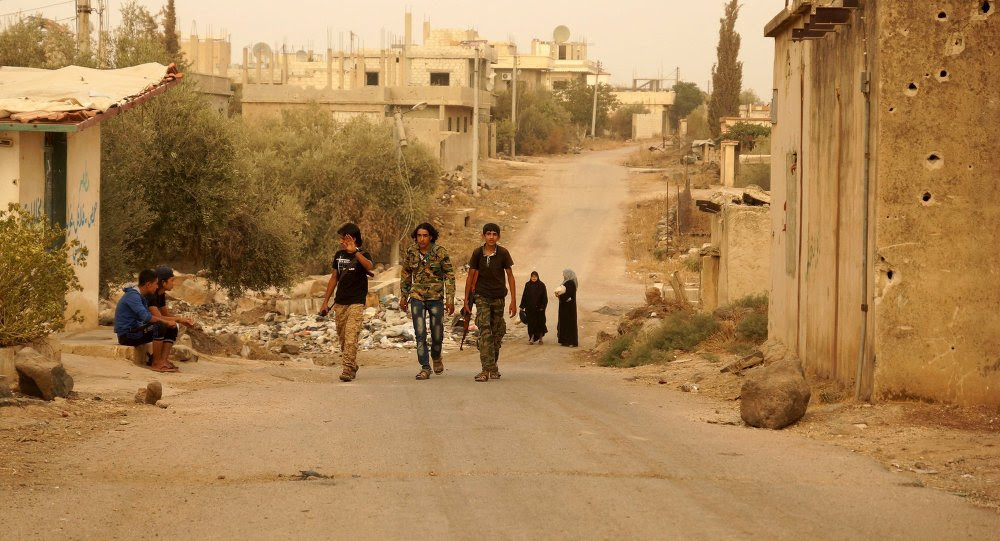 You might recall that the Russian government has been asking for weeks to meet with representatives of the Free Syrian Army, with assurance from the Russians that they'd consider providing air cover and other military assistance to the organization if only they would show and explain themselves. This request was also put repeatedly to the U.S. government, which has been backing FSA, with silence in reply.

They're different, all right. An analyst was far more politically correct than I would be in his assessment of the reps: Free Syrian Army Just Some ‘Entity Acting for Political Gain’  (Sputnik; October 25)

Members of the Free Syrian Army (FSA) have sent a proposal to Russia on holding talks in Cairo on cooperation in the settlement of the Syrian conflict.

“The Free Syrian Army is ready for a dialogue with Russia. We need to facilitate a new meeting, so we could express our position and discuss our joint actions…. We can make a joint decision on what kind of assistance Russia might provide to the Free Syrian Army,” FSA’s Fahad Masri told RIA Novosti.

Radio Sputnik discussed the initiative with Deputy Director of the Damascus Center for International and Strategic Studies, Dr. Taleb Ibrahim.

He said that these are some kind of entities who call themselves the Free Syrian Army from the defected officers who are living in Saudi Arabia, Turkey and Qatar.

“They want power. They want to talk to Russia about a political resolution to find a place for themselves and their future.”

He went on to say that there is a new kind of cold war going in Syria. They want to fight Russia and prevent Russia as now they have seen that Russia has a very strong, effective presence in Syria. “It is like what the US did in Afghanistan. What is happening in Syria is an international war.”

“If tomorrow there is an election in Syria, I am sure that 70% of Syrians will vote for President Bashar Assad because right now there is a war against Syria -- the faith, the culture, the history and the co-existence between different religions and ethnics. It is not a war against Bashar Assad, he is a Syrian and he was elected by Syrians. He was not nominated by the US or Qatar to tell him when he comes and when he goes.”

He said that this needs to be decided in the parliament and not by violence, as well as not by Saudi Arabia who has no real constitution or political freedom. He said that “free, liberated parliamentary elections are what Syria needs.”

I suspect Syrian and Russian intelligence agencies have always known the names and current addresses of the defected Syrian Army officers who call themselves an army -- and receive funds from the USA and Saudi Arabia.