How thin they are. Well now they have hope, at least. And Russian air cover! 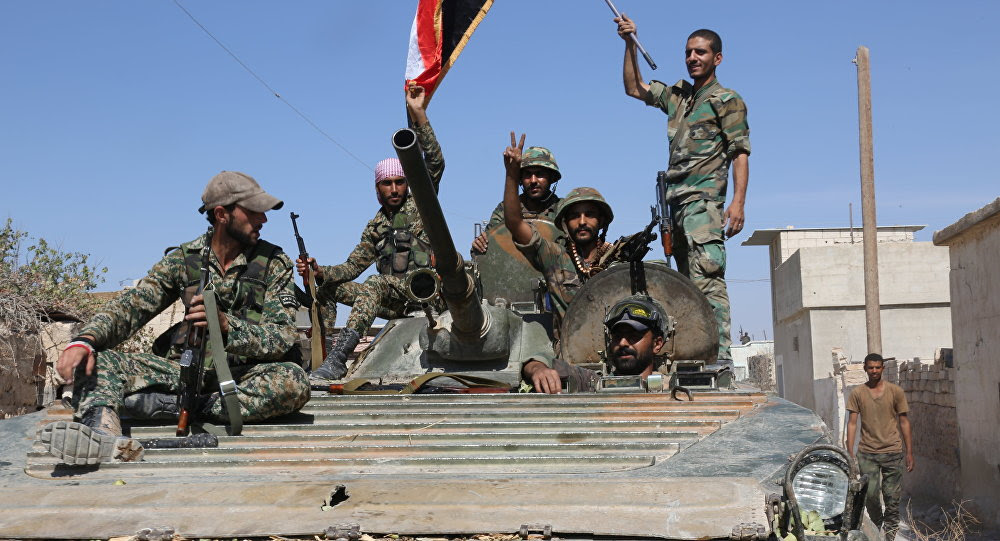 
Two villages have been liberated so far during the offensive against terrorist groups controlling territory in Syria's Homs province, according to military sources.

The military operation in Homs is the third major Syrian army offensive since the beginning of October. Groups including al-Qaeda affiliate al-Nusra Front are known to control parts of the northern Homs province.

"At 05:30 our army began a large-scale operation in the north of the Homs Governorate. The village of Haldiye and another neighboring village were freed. The situation on the front line at the moment is excellent," the military source told RIA Novosti.

Reuters cited Syrian television as saying that the operation began after "concentrated air strikes and heavy preparatory artillery shelling on the terrorist groupings and their bases."

The Syrian army's first major October offensive began in neighboring Hama, where the army liberated at least 10 villages and moved north toward the Idlib province. The second offensive began in the Jobar suburb of Damascus, which is suspected to be the source of mortar and missile attacks against government-held areas, including the Russian embassy.

See also the Reuters report on the operation.