UPDATE 4:44 AM EDT
BBC has a report posted 15 minutes ago. It seems there was no serious damage to the railway car from the explosion, but from the photo at Sputnik (see below) the bucket that was the locus of the explosion does look a homemade bomb.
END UPDATE

UPDATE 4:39 AM EDT
Sputnik has posted a photo from a Twitter acct. that very clearly shows wires hanging out of the plastic bucket.
END UPDATE

BREAKING NEWS: Several people are injured as explosion on Tube train in south London sends 'fireball flying down the carriage' and commuters jumping to safety
By Amie Gordon For Mailonline

Pictures from the District Line train appear to show a burning plastic bucket stashed in a Lidl [shopping bag] carrier bag, which is said to have exploded: 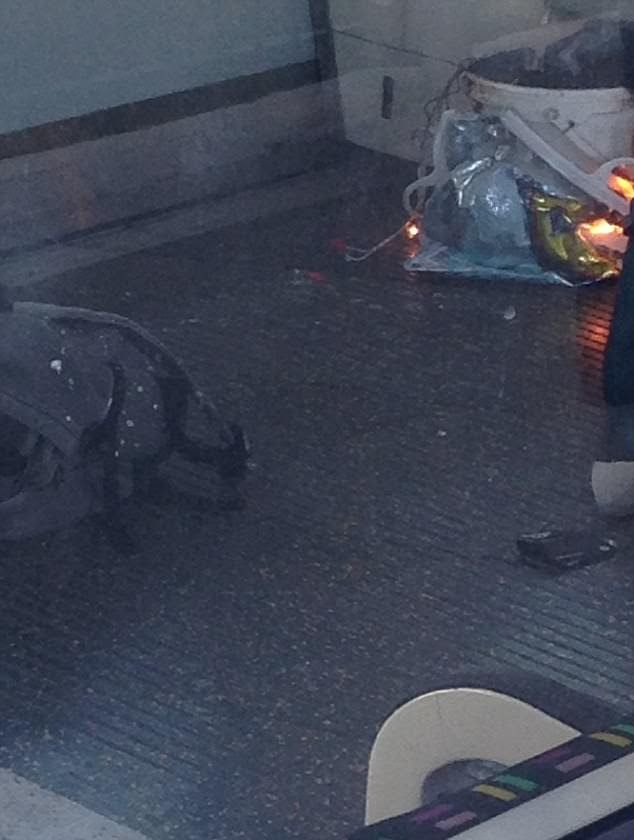 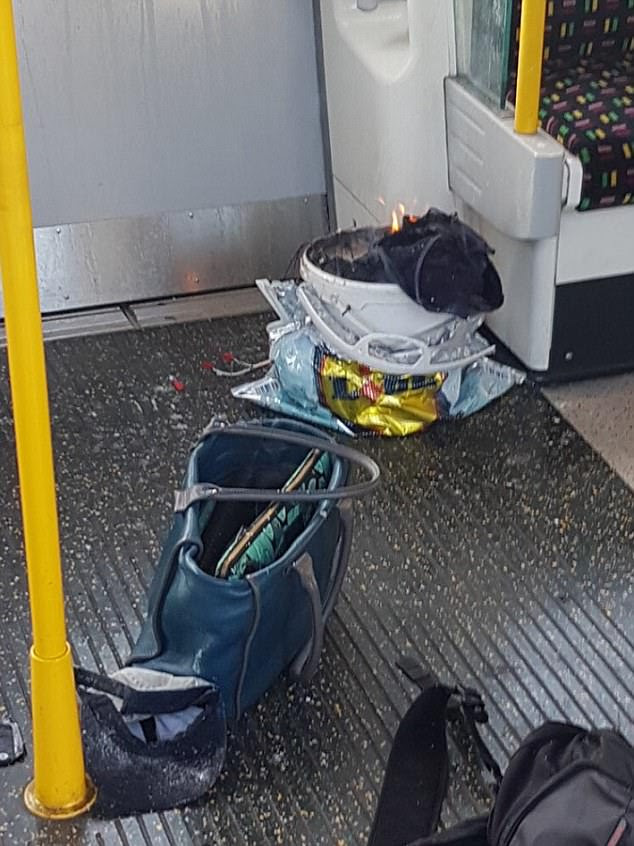 Another social media user said: 'what's happening at Parsons Green, panic on the platform reports of fire or explosion in a bag. No announcements.'

A London Fire Brigade spokeswoman said: 'We were called at 8.21am and we have information there was a fire on a train eastbound at the platform at Parsons Green.

'We have got two fire engines there.'

The Met Police tweeted: ‘We are aware of an incident at Parsons Green station. Officers are in attendance. More info ASAP.’

The London Ambulance Service also says it is on the scene, tweeting: ‘We are on scene alongside the Met Police at Parsons Green. More information to follow.’