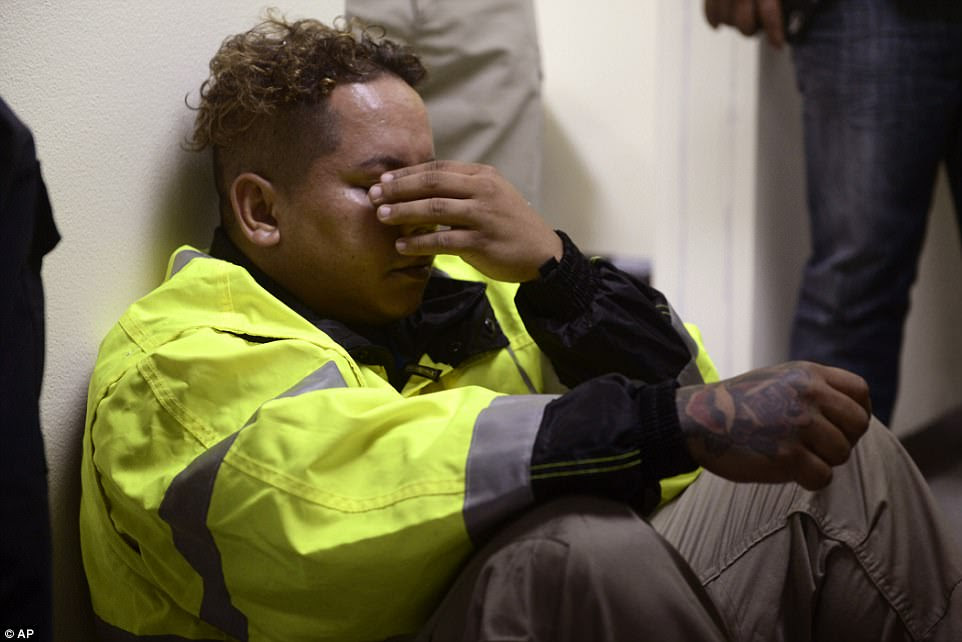 The above photographs are from USA Today's gallery of 95 photos with captions related to Hurricane Maria. The storm laid waste not to a city or country but to many parts of an entire region of the world -- and this is an addition to the widespread damage done to the region by Hurricane Irma just days before Maria began its onslaught.

Here, from a September 22 New York Times report by Niraj Chokshi, is a list of charities helping people affected by the storms:

ConPRmetidos
While its main focus is on promoting innovation by connecting Puerto Ricans abroad to those on the island, this local nonprofit has also started a fund to help victims of Hurricanes Maria and Irma.
Dominica Hurricane Relief Fund
The government of Dominica is collecting donations through JustGiving, a crowdfunding website. The money will go toward temporary roofing, blankets and non-perishable foods.
GoFundMe
The crowdfunding website maintains a list of verified campaigns, many of them local, collecting donations for victims of the storm. Donors can give to a campaign or directly to GoFundMe, which will then distribute the money to the campaigns.
Unidos por Puerto Rico
This initiative, from Beatriz Rosselló, the first lady of Puerto Rico, enlists private sector help in providing aid to those affected by Hurricanes Irma and Maria. Donations are accepted through a variety of means, including PayPal.

Each group below has earned the top rating, four stars, from Charity Navigator, which grades charities based on transparency and financial health.
All Hands Volunteers
All Hands works with local volunteers and groups to respond to natural disasters. With Hurricanes Harvey and Maria, it is focusing its efforts on the U.S. Virgin Islands. “Our help is needed in the islands, so that’s where we’ll be,” said Erik Dyson, the group’s chief executive.
AmeriCares
The relief and development organization, which provides health services to those in need, said that it was working with officials in Puerto Rico to stock emergency shelters with medical supplies. Earlier in the week, it had airlifted $1.8 million worth of medicine and supplies to the U.S. Virgin Islands.
Catholic Relief Services
Donations to the faith-based group will help to provide shelter, water, tarps, tents, kitchen kits and other supplies to families affected by the storm, it said.
Convoy of Hope
Another faith-based initiative, Convoy of Hope provides food, water and emergency supplies to those in need throughout the world.
Direct Relief
Direct Relief reported that it was working with local authorities to deliver a shipment of medicine and medical supplies to islands in the region. It also said it was working to provide insulin to 120 displaced dialysis patients.
GlobalGiving
This crowdfunding website connects donors to nonprofits and companies around the world. Donations will be spent first on the immediate needs of victims and then on longer-term recovery efforts “run by local, vetted organizations,” according to the website.
International Medical Corps
The group has been working with local authorities to provide emergency care after Hurricane Irma and said it had moved medical supplies into place ahead of Hurricane Maria.

It’s important to research charities to fully understand how they might — or might not — spend your money. Charity Navigator, as we mentioned, is a good resource.
But high ratings may not always be enough. Despite earning three stars from Charity Navigator, the American Red Cross has faced strong criticism in recent years for its response to the 2010 earthquake in Haiti, stemming from a ProPublica and National Public Radio investigation that suggested that the group had badly mismanaged relief efforts. (The Red Cross has disputed the criticism.) The organization also recently apologized for temporarily suspending registrations for financial assistance for victims of Hurricane Harvey.