UPDATE 5:30 PM EDT
[Timestamp on the CNN report below shows the last update at 4:05 PM EDT but there must have been later updates because the second map in the report, which I feature below, shows it was last updated at 5:06 PM today; just a few minutes earlier the same map was updated at 4:39 PM.

I am making a point of the update times for the map because it seems to me that the 5:06 update shows the cone track slightly closer to the U.S. southeast coast, to include Washington, DC, than the 4:39 track.

The first map in the report is for the storm's track over the next five days and its last timestamp is 10:45 AM EDT today.]
END UPDATE 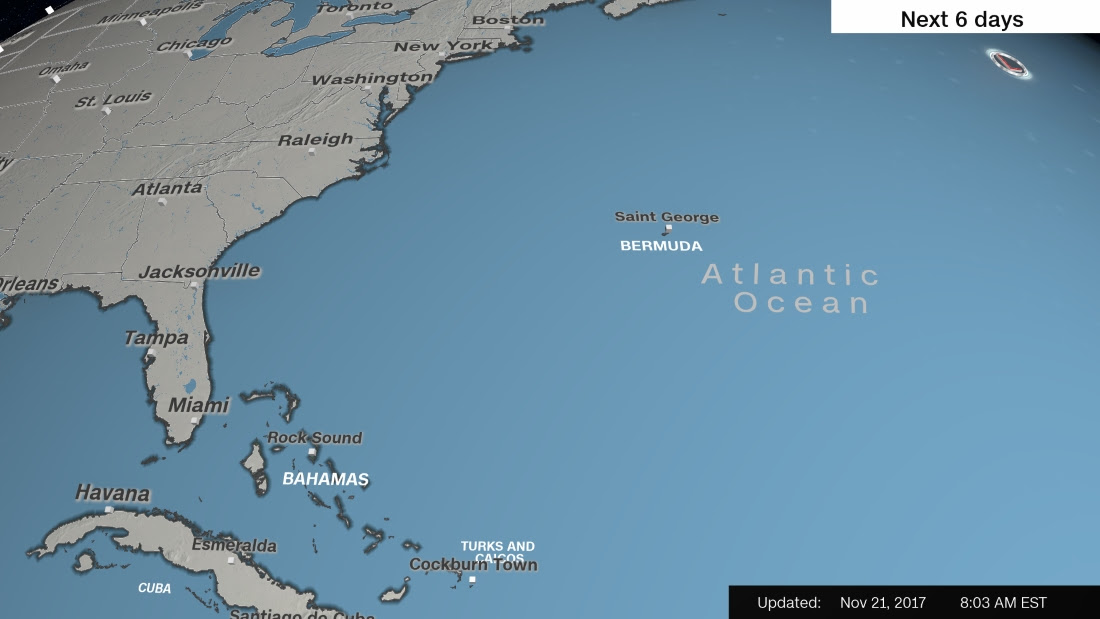 The so-called cone of uncertainty for Tropical Storm Jose now includes North Carolina's Outer Banks after the National Hurricane Center shifted its forecast west on Thursday.
The cone shows the probable track of the center of a storm over a five-day period.


With maximum sustained winds of 70 mph, Jose was downgraded from a hurricane to a tropical storm in the hurricane center's 11 a.m. ET advisory. The storm is expected to restrengthen and become a hurricane again by this weekend, the center said. At one point last weekend, Jose was a Category 4 hurricane.

Jose, which recently completed an odd clockwise loop, is forecast to move closer to the United States over the next five days before turning north. The vast majority of computer models still keep the storm out to sea, but a few show it making a potential landfall along the US East Coast, CNN meteorologist Brandon Miller said.

"While it is too early for details at this point, the model guidance is generally west of the previous forecast," the center said in its advisory.

The inclusion of the Outer Banks marks the first time the United States has been in the forecast cone tracking Jose.
On Thursday, Jose was in the southwest Atlantic Ocean about 435 miles east-northeast of the southeastern Bahamas and was moving west-northwest at 7 mph, according to the hurricane center.

No matter its path, Tropical Storm Jose is expected to bring rough surf and rip current conditions to the southwestern Atlantic in the next few days.

The swells generated by Jose are affecting Bermuda, the Bahamas, the northern coasts of Hispaniola and Puerto Rico and the US Southeast coast. Those effects will spread north along the mid-Atlantic coast in the next few days.

Jose is the sixth named hurricane of the season, which lasts through November. The peak of hurricane season is generally from mid-August to mid-October. Two major hurricanes, Harvey and Irma, have made landfall in the United States already this season.