The problem for Greece is that many elderly Greeks own very valuable underdeveloped land.  It's the same for other European Mediterranean countries.


2007 Greek Wildfires
... While some fires are believed to have been caused by environmental factors, others clearly were not. The fires could have been deliberately started as a way to get around Greek law which forbids property development on areas designated as forest land and to pull benefit from Greece's unique position as the only EU country without a full land registry system ... (Wikipedia)

2009 Greek Wildfires
... Unlike the 2007 Greek forest fires, the 2009 fires took place in eastern Attika, which is a forested-suburban region known for its illegal ribbon development, where thousands of illegal homes have been legalised ahead of successive elections by incumbent governments. This area is also expected to undergo further development and population increase as a result of new urban plans for the area. ... (Wikipedia)

With over a third of households unable to meet tax obligations, four out of 10 Greeks recently told a Kapa Research poll they would willingly hand over properties to the state to fulfil future payments; one in three, unable to keep up mortgage repayments, feared their homes would be confiscated in 2014. ...  "Greeks traditionally have always regarded property as a secure investment. But now it has become a huge millstone, given that the tax burden has increased sevenfold in the past two years alone." 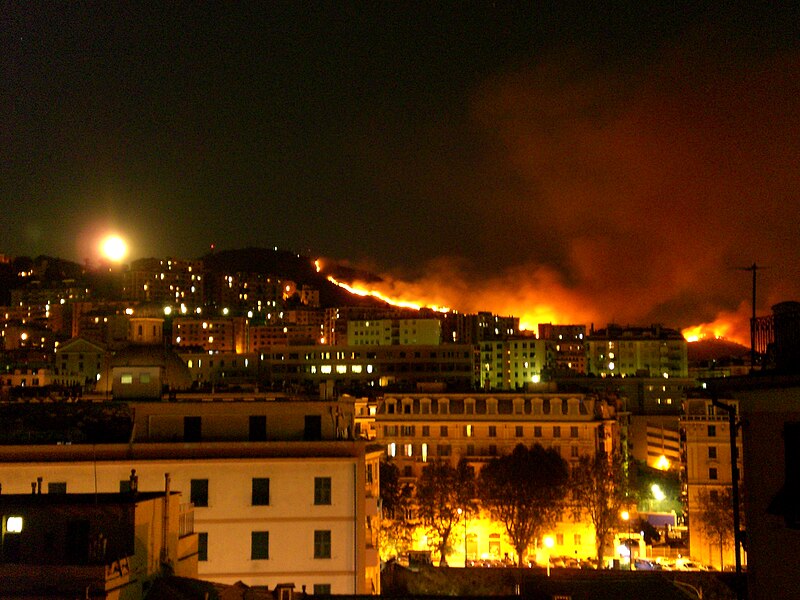 Temperatures peaked at 44 °C (111 °F) in mainland Spain and reached 37 °C (99 °F) in Gran Canaria. These conditions, combined with insufficient fire-fighting resources and an inadequate official response in some of the affected countries, exacerbated the extent of the damage.

Uncontrolled legal and illegal scrub burning by farmers is a major cause of forest fires in the Mediterranean region. Arson, while still a significant factor, has diminished in Spain and Greece in recent years. Decreasing property values generally and the introduction of legislation in Spain to tackle the issue has diminished the financial incentive to illegally clear forested land for development by burning. [...] (Wikipedia)