For Rajeev and Madhu: Finish the Dance 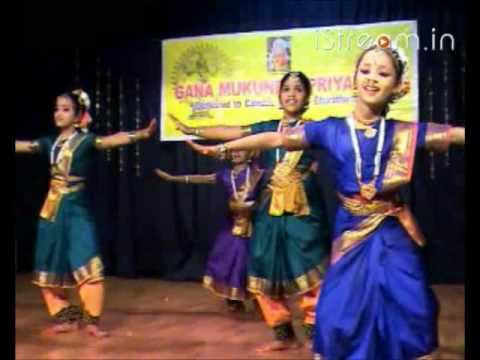 The above photograph was taken from a Youtube video of a Bharata Natyam recital. Many years ago I was a guest at a similar recital that took place in Bethesda, Maryland. The Bharata Natyam is surely one of the most difficult dances that humanity has thought up; as such it's an accurate reflection of the very ancient and complex Indian culture.

Except for a handful in attendance, including Pundita, the audience was Indian or Americans of Indian heritage. The recital was a graduation ceremony for American girls of Indian ancestry who had been studying Bharata Natyam for years -- some practicing since early childhood.

One girl among the dancers riveted the audience's attention. She was beautiful, incredibly graceful, and for one so young she demonstrated impressive dance technique.

I ask you to put yourself for a moment in the girl's place and consider that the Indian culture, even when transposed to Indians living in America, is very conservative, very restrained. Think of practicing for years to master a dance that is far more than dance -- at once living history, a statement of your heritage, and a spiritual meditation. Finally comes the time to demonstrate everything your teacher has taught you and make your parents and community proud.

Now ask yourself what might be the worst thing that could happen to you on that stage, with hundreds of eyes upon you.

Suddenly a murmur went up from the audience. The woman next to me gripped my arm and whispered, "Oh my God her pantaloons have come undone!"

Yes. The button or safety pin had given out. As the hapless child continued her dance the leggings underneath her costume slowly continued their descent. A look of horror fleeted across the girl's face. The other dancers broke their stride a bit to glance in sympathy.

The girl's teacher raced to the stage wing and gestured, calling softly for her to leave the stage for a moment so she could regain her dignity and her pantaloons. Everyone would have understood if she'd left the dance momentarily under those awful circumstances.

A look of determination came over the girl's features; within an instant the look was gone, replaced by the stylized expression of the deity her dance was meant to represent.

Without missing a beat, and as the pantaloons continued their downward journey to twist around her ankles, the girl continued with her dance.

Even before the triumphant stamping of the dancers' feet to signal the end of the dance, the audience was clapping her on.

Yet only after all the dancers made their bow to the audience was the deity replaced by a mortified child. She whisked off the pantaloons, scampered to her teacher's embrace, then disappeared backstage for pantaloon repair.

Then at the insistence of the other dancers, her teacher, her parents, the musicians and the audience, the girl shyly returned to the stage to take a bow to thunderous ovation.

As the audience dispersed I heard a man say to a companion, "It was as if Saraswati [the goddess of wisdom, music and the arts] appeared tonight to teach us a lesson."

Goddess or no goddess, the lesson was abundantly clear. To be human means you can't avoid making a damn fool out of yourself, even if you're the best-looking and most accomplished of the lot. But you show the spark of that which transcends the human condition when you hang in there and finish your dance.