Mr Holbrooke, you're supposed to be working for the USA

Don't worry, Pakistan! I, Richard Holbrooke, will save you! 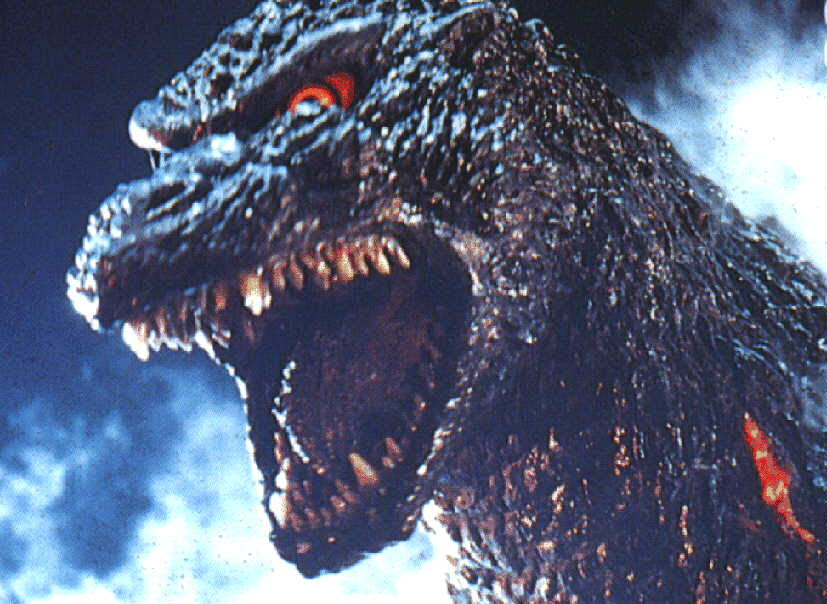 It's only natural for people to see their work as important and for the Type A's among us to attempt to expand their job description. But Richard Holbrooke's Godzilla-sized ego is now a serious problem for the ISAF war effort in Afghanistan, and for Afghans fighting the tyranny of Pakistan's proxy terrorist groups.

I know that General Petraeus has called Mr Holbrooke his 'wing man,' but perhaps they can perform their flying act somewhere less dangerous, like in the middle of Ohio:

KABUL — Senior Afghan officials pressed the U.S. at a closed-door strategy session to force Pakistan to crack down on insurgents on its territory, saying recent military gains will be short-lived as long as these havens remain across the border.

"If we do not get rid of them, we're just wasting time, lives and money," Afghan national security adviser Rangin Dadfar Spanta told the two-day conference that ended Wednesday, according to some participants. Mr. Spanta's aide confirmed the comments.
[...]
The Kabul meeting, known as the Rehearsal of Concept Drill, was aimed at coordinating the war effort for the coming year.

It convened as coalition and Afghan troops advanced in the Taliban heartland of Kandahar province. The U.S.-led military coalition told the conference that the insurgency in Afghanistan "has lost its momentum" because of recent allied operations, but remains "resilient," according to some participants.

American officials agreed with their Afghan counterparts that the insurgents' ability to regroup in Pakistan, especially the tribal area of North Waziristan, poses a serious challenge to the war effort.

The Obama administration has been pressing Islamabad to act there, and has told Pakistan that some funding could be in jeopardy if it doesn't move against the insurgents.

But, at the Kabul session, Mr. Holbrooke pushed back against Mr. Spanta's suggestion for the U.S. to threaten Pakistan with a cutoff in billions of dollars of American aid.

According to a U.S. official present, Mr. Holbrooke said the Pakistani government is focused on dealing with the aftermath of devastating floods there, and that the U.S. expects Islamabad will soon switch its focus to the insurgency. Pakistani officials have said their military is already overstretched, and that an offensive in North Waziristan could lead to a new wave of retaliatory terrorist attacks in Pakistani cities.

"Pakistan needs to be part of the solution, not part of the problem," Mr. Holbrooke said. "We will not achieve peace and stability in Afghanistan until Pakistan plays a positive and contributive role here."
[...]

Pakistan is the problem, you insufferable twit, and you have no business trying to ram Pakistan down Afghan throats.

Holbrooke is mindlessly parroting Pakistan's Prime Minister, who says what he's told to say by Pakistan's military. But Holbrook is not bothering to listen to other opinion in Pakistan on the matter of the Pakistani military's meddling in Afghanistan, and yet he should listen -- or more to the point, the U.S. military and the Obama administration should.

QUETTA - Some Pakistani nationalist politicians say that Prime Minister Syed Yusuf Raza Gilani's recent remarks about the ongoing peace process in Afghanistan were tantamount to an attack and disrespect for the sovereignty of that country.

In a televised interview on Tuesday, Gilani said without Pakistan's help, the peace talks between the Afghan government and Taliban were useless.

His remarks came after President Hamid Karzai confirmed "unofficial contacts" were in place with the Taliban to bring them back to a normal life.

Wednesday was the first official working day for the long-awaited 70-member high peace council aimed at holding talks with Taliban and other armed opposition groups and bringing them into the national mainstream. However, the Taliban deny Karzai's claim of contacts with them.

Osman Kakar, the leader of the Awami National Party in Pakistan's Balochistan province, told Pajhwok Afghan News that Pakistan and its intelligence agencies had been interfering in Afghanistan's internal issues over the past three decades.

He said Pakistani government officials had no right to intervene into Afghanistan. He warned the country would never realistically work for the betterment of Afghanistan.

Kakar said Gilani's remarks proved the allegations that Pakistan had long been interfering in Afghanistan.

An influential figure, Malik Aman Kasi, believes that Pakistan sees its stability in a destabilised Afghanistan. He said Afghanistan was an independent country and can take any step it sees suitable under its social conditions.

A political analyst, Shamsuddin, says that if Pakistan is given any role in the Afghan-initiated peace process, the country would work to spoil the efforts instead of making it a success.

However, provincial secretary of the Awami National Party in Balochistan, Arbab Zahir Kasi, come up with a different opinion. He said that Pakistan should have been given a role in peace talks with the Taliban because of the country's good relations with the Taliban.

He said Pakistan could play its bit to convince the Taliban to arrive at the negotiating table.

However, he did not rule out Pakistan's interference in Afghanistan and training Taliban on its soil and then sending them to sabotage security in neighbouring Afghanistan.