So India is supposed to eat America's shit? Is that the story behind the bombshell report on Tehran's payments to Karzai? 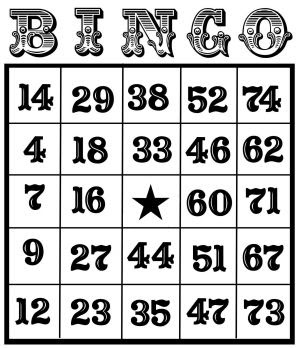 Ever since The New York Times broke the story on October 23 I have been trying to figure out why Tehran's bribes to Karzai's regime, which have been going on practically since Karzai was installed in office, were turned into a sensational news story, replete with 'leaks' from unnamed officials and lots of horrifying details. What else was happening that might explain why unnamed officials wanted to announce just then that there was gambling in Casablanca? I noted on the 24th that the latest strategic dialogue between Pakistan and the United States was happening, which led me to conclude:

I suspect the sudden airing of many details about Iran's machinations, including their continued support for Gulbuddin Hekmatyar "one of the most brutal of Afghan warlords," is in response to howls from Pakistani officials that they shouldn't be accused of all things bad in Afghanistan while the Iranians are running riot there.

But while reading Bret Stephens's op-ed today for the Wall Street Journal that's titled, The Pakistan Paradox, suddenly another possibility dawned. The bombshell New York Times report on Iran's machinations in Afghanistan was published little more than two weeks before President Barack Obama is scheduled to leave for a visit to India:

> Where he is going to have to face pointed questions from Prime Minister Manmohan Singh about what U.S. intelligence agencies knew regarding the planned 2008 terrorist strike on Mumbai, orchestrated by a terror group with close ties to Pakistan's military, and exactly when they knew it.

> Where he going to ask for the Indian government's continued understanding about the U.S. government's close involvement with a terror-sponsoring regime that keeps mounting attacks on Indian civilians.

> And where he is going to attempt to bully, bribe, and cajole Mr Singh into cutting off friendly diplomatic relations with Tehran.

As to what Bret Stephens's op-ed has to do with any of this -- nothing, not directly. He argues that Indians will have to suck it up regarding the U.S. relationship with Pakistan because, well, the USA needs Pakistan's help right now:

[...] If there's an overarching logic here it's that Islamabad wants to preserve its options. Uncertainty about U.S. staying power in Afghanistan helps explain why Pakistan will not entirely forsake its erstwhile clients in the Taliban and the mujahedeen. Pakistani fears are further exacerbated by America's recent tilt toward India.

And while the Obama administration has made much of its aid packages for Pakistan—$1.5 billion a year on the civilian side, followed last week by the announcement of another $2 billion for the military—Pakistani officials complain that only a small fraction of the funds have been disbursed.

What, then, to do? First, instead of publicly lecturing Pakistanis on how they need to get tough with the Taliban, the administration would do better to make good on its existing commitments. Say what you will about Mr. Zardari's abilities, he has aided the U.S. military effort in a way his predecessor Pervez Musharraf, supposedly a pro-American strongman, never did.

That's a relationship to build on, quietly and incrementally, not to tear down. So it would be helpful if the administration doesn't repeat the mistake of blabbing to Bob Woodward, whose book may have helped Mr. Obama seem more presidential but didn't do any favors to his presidency.

Equally helpful would be to stop mindlessly demanding that military assistance to Pakistan go toward fighting the Taliban instead of arming against India.

The missing ingredient in Pakistan's counterinsurgency effort isn't the right military tool kit, such as night-vision goggles or Apache helicopters. It's the will of the Pakistani general staff to cooperate more fully in the fight. If that cooperation can be secured by selling conventional weapons such as F-15s and M-1 tanks to Pakistan, so much the better.

(As for India, it has less to fear from a reasonably well-armed, confident Pakistani army that has strong ties to the U.S. than it does from a poorly armed Pakistan that mistrusts the U.S. and continues to consort with jihadists as a way of compensating for its weakness.)

Finally, the administration ought to understand that Pakistan's reluctance to defeat the Taliban at any price is a mirror image of our own reluctance. The July 2011 "deadline" to begin withdrawing troops was bound to affect Islamabad's calculations, and not for the better. The sooner we junk it, the better the cooperation we'll get.

It's an old American habit to lament the incompetence and duplicity of our wartime allies, and Pakistan abounds in both qualities. But unless we are prepared to deal with Pakistan as an adversary, we must make do with it as a friend.

Bret's claim that India has less to fear from a well-armed, "confident" Pakistani army with close ties to the USA is so ignorant of the history of Pakistan's relations with the U.S. and India as to be insulting to a well-informed reader's intelligence.

Bret is a superhawk about dealing with Iran -- he once urged in writing that Israel bomb Iran. It struck me that some version of his argument about India and Pakistan is standard issue for superhawks on Iran and that some of them also downplay the importance of Afghanistan and a U.S. victory there.

Such arguments seem to arise from a view that the Pakistan and the Afghan conflict is nowhere near as important as the threat to Israel from Iran. From that line of reasoning it would follow that India needs to distance itself from Iran if it's to have a good relationship with the United States, and that it shouldn't try to push the USA to get tough with Pakistan.

At any rate, those were the thoughts that struck me after I finished reading Bret's essay. Actually, the first thought was, 'So Bret's an expert now on Pakistan and India, is he?'

Well, many in the American branch of the Commentariat are scrambling to become overnight experts on those two countries after finding them on a map. Anyhow, it was a hop and a skip from the above thoughts to my little Eureka! moment about the timing of the report on Iran raining cash on Karzai's regime.

Is she right, is she wrong? Either way I have no intention of giving back my bingo prize.