See? I am just like infidel oil baron and I can work infidel smartphone! 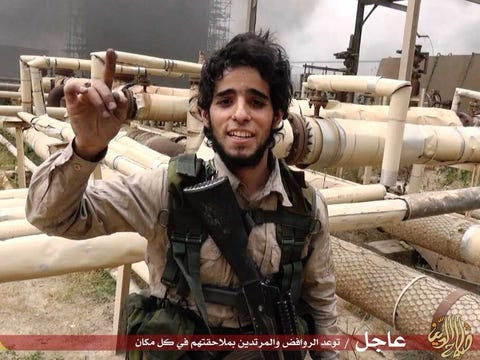 Caption: "An ISIS militant gestures at the Baiji oil refinery. With the QIWI payment system it's relatively easy for IS sympathizers to anonymously transfer funds to the extremist group with just a few swipes of their smartphone."

President Obama addressed the nation tonight from the Oval Office in an attempt to calm Americans about the threat from terrorism. From the Washington Post's report on the address (see the site for the video of the address):


The challenge for Obama, who has been steadfast that he will not dramatically change course despite the recent attacks, has been to convince the public that an effort that he has said will take years to destroy the Islamic State can keep the country safe in the meantime.

The key lure of Islamic State is that it's skilled at using the dazzling scientific and technological achievements of the infidels against them.

Assuming for the sake of discussion this analysis is correct, then the internet hacker group Anonymous is intuitively fighting Daesh in the way it needs to be fought -- and the governments trying to take down Daesh are doing it wrong. Not only wrong, but pandering to the Daesh mindset, as this interview inadvertently reveals:


Despite good intentions, their work has drawn criticism for not being effective, because Anonymous shut down ISIL websites and deleted social media accounts that could have been an important source of intelligence.

"We had some cases when Anonymous randomly took down websites that we consider had intelligence value. We could have pulled data out of those websites and used it against Islamic State which would have been a more preferable tactic [instead of] just destroying sites and make information unrecoverable," the leader of the Ghost Security Group, who due to security reasons didn't disclose his name, told Radio Sputnik.

That is the thinking not just of Ghost Security but also of governments: let them play with the internet so we can gather intelligence on their movements.

At this rate they're going to be gathering intelligence for the next thousand years.

I understand that fighting mercenary armies that use terror tactics against civilians is now a rewarding career for millions of people and pays the mortgage and provides job security, as well as providing plum military contracts for builders of big ticket military hardware and software. However, the methods of fighting are helping a philosophy of terrorism establish as an esoteric sect and allowing nihilism and envy to pose as religion.

But on the chance there are a few who see this as an actual war and want victory, I'd suggest they change strategy. The strategy would be to counter at every turn the opponents' idea that they've mastered the achievements of science and technology.

Again, Anonymous has felt its way to this strategy -- unless they've explicitly stated it somewhere in their discussions since the attacks in Paris. But I assume it's intuitive or they wouldn't waste time trolling the Daesh sites. The idea is to take down the sites as fast as they're put up, and in all other ways disabuse the opponents of the notion that they can use the accomplishments of the infidels to destroy them.

Just as President Obama's unrelenting armed drone strikes made it impossible for al Qaeda and other militant groups to function normally in certain regions of Pakistan's badlands, so it should be impossible for Daesh to use the internet without taking such extreme measures it's obvious even to them they don't have command of the net.

Same with mobile communication technologies. Same with every kind of modern technology. I was stunned to learn that Raqqa still has internet cafes. I suppose they also have working cell phones. By now Raqqa residents should be reduced to yodeling to communicate over distance. Then we'd see how long the conquered populace continued to put up with Daesh.

But if the Coalition of 65 says, 'We must let them have internet and mobile phones so we can listen and learn what ISIS is doing' -- of course you have to keep listening in, if you plan for victory sometime after the cows come home.

Of course it's not just a matter of hacking the opponents out of business, as this 'must read' report filed last night by Joseph Menn in San Fransisco for Reuters indicates: Social media companies step up battle against militant propaganda

It's not only the social media sites, as Menn explains; all the Internet comm companies that interface with the public, including Google, have stepped up the battle but they've been stuck between a rock and a hard place, as the report details. So the task of governments the world over right now is to un-stick them.

But the internet is not exactly the battlespace. The battlespace is the idea that it's possible to use the accomplishments of others to destroy them. This idea does not arise from Islam or any religion. It arises from what was called in the old days "the evil eye" -- envy in the pathological range, the desire to destroy what one does not have no matter how much one already has. Reference the queen in Snow White.

From that view there was not much difference between Osama bin Laden and the queen except their looks. 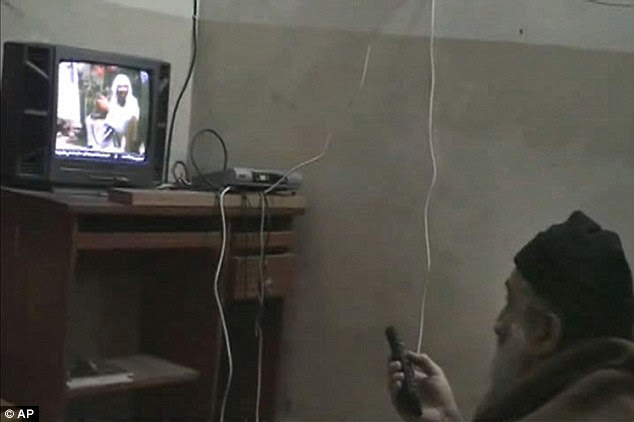