Victory or progress in Ramadi? And were Islamic State fighters evacuated from the city? 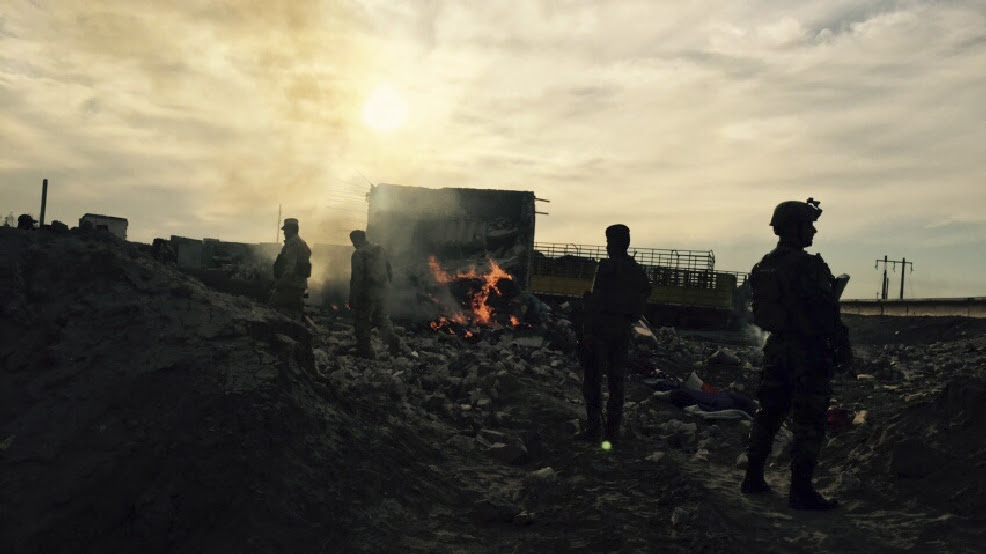 Monday, Dec. 28 - RT:  The government complex in the western Iraqi city of Ramadi has been "fully liberated & the Iraqi flag hoisted over the government complex," military officials declared on local TV. The area was Islamic State's last stronghold in the city.

"By controlling the complex this means that they [Islamic State, IS, formerly ISIS/ISIL] have been defeated in Ramadi," Sabah al-Numani, a spokesman for the Iraqi counter-terrorism units leading the fight, told the news agency. ...

Monday, Dec. 28 - AP:  Military Making Progress in Fight for Ramadi
Iraqi military forces on Monday retook a strategic government complex in the city of Ramadi from Islamic State militants who have occupied the city since May.

I had to correct an earlier post in which I mentioned there was an unverified report that a number of IS fighters were being evacuated from Raqqa, or had been.  It turned out the report pertained to Ramadi, not Raqqa.

When Syria's Army struck a deal with certain fighters to leave Homs, the army knew where those people were going, and the evacuees weren't allowed to take any more than light weapons with them -- handguns, I think.  And the evacuation was above-board; it was well publicized as were the terms of the government's agreement with the fighters. But these fighters weren't Islamic State.  If there is indeed an evacuation of IS fighters from Ramadi, this is a completely different story.

Here are links to two reports related to the issue -- if an issue actually exists. Again, nothing is confirmed.