Sorm Desmond tapped an atmospheric river, a long, narrow plume of deep moisture from the tropics into the mid-latitudes, keeping it parked over parts of Ireland, the U.K. and southern Scandinavia, a prime recipe for excessive precipitation.

In this case, the atmospheric river was over 5,300 miles (8,500 kilometers) long from the western Caribbean Sea to southern Sweden.

That's from the Weather Channel's jaw-dropping report filed today at 1:28 PM EST by Jon Erdman. Winds of over 100 mph in various storm-hit regions. More from the report:


The persistent, moist west to southwest winds pounded west-facing hills and mountains of the northern U.K and southern Norway.

The storm has since ended, but another Atlantic storm, though not as wet, was expected to sweep into the area Monday.

Here is a breakdown of Storm Desmond's impacts by area.

It's the second front that is really scary because it will be hitting areas already badly flooded from Desmond. I recall a person in Cumbria noting that in 2009 they were hit with "once in a century" floods and here was the once in a century again.

Lots of power outages, large number of evacuations. No human deaths up to this point to my knowledge but probably some livestock and wild critters have drowned.

All right; if you didn't know what a flying river was, now you do, but also check the Pundita sidebar under the "Water" heading for a link to an organization that chases flying rivers.

No of course you can't see a flying river, not with the naked eye; the moisture droplets are too fine, but the National Weather Service posted a photo of what Desmond's flying river looked like to a satellite: 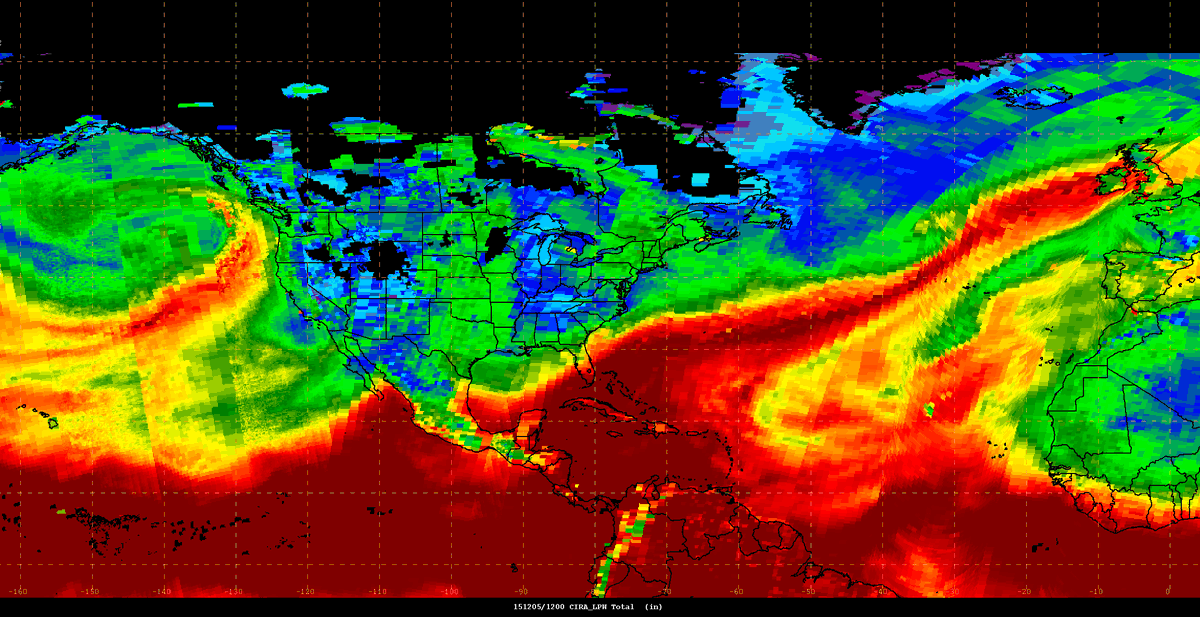 Along with this caption; note the exclamation mark:

Now is this the kind of flying river that comes from massed tree leaves evaporating moisture?  That's what a flying river is, so if it looks like a flying river and quacks like a flying river, I'd say it is, but don't hold me to that because maybe the scientists wouldn't exactly term it as such. But if it did come from tree tops, Desmond would be a very auspicious sign, although people in the storm's path wouldn't see it that way. Or it could simply be connected to El Nino. Or some other weather system.  No matter how it arose, this is quite a weather event.