EVERY U.S. MOVE IN SYRIA HAS BACKFIRED. Yet more on the Arab anti-US uprising.in Syria 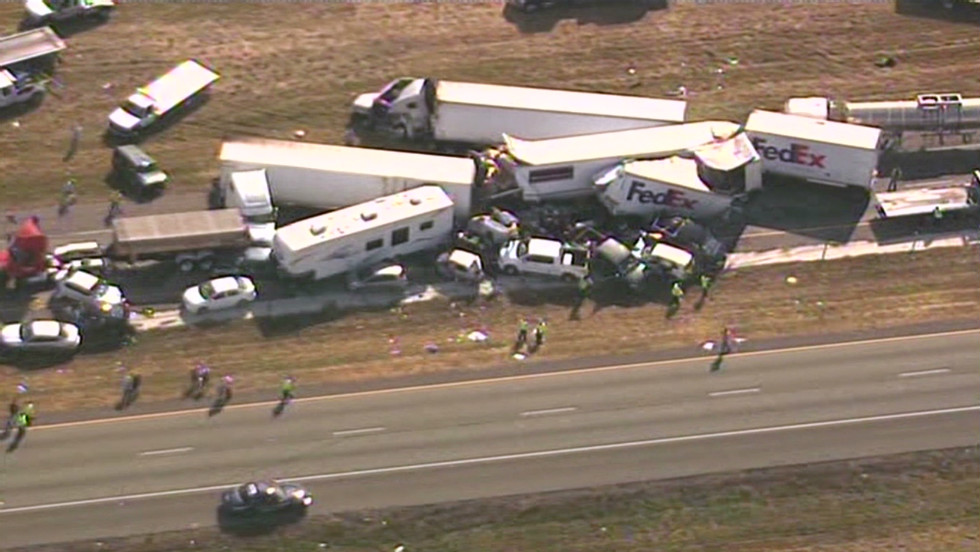 "It was a major event, which badly discredited the US with the local Sunnis and only helped Assad."


Learning about the Sunni Arab uprising that's been building against the U.S. in Syria is like watching a 100-vehicle pileup on a freeway. The chain reaction of collisions is so awful, so inevitable, it's mesmerizing.

The Sunni-Kurd tensions in this region are the main challenge to the US strategy in Syria. The incidents between local Sunnis and Kurds, combined with Damascus’ efforts to expand its presence east of the Euphrates, show that the Pentagon’s worst-case scenario is being enacted [realized]. They assumed that the reliance on the Kurds would be the main obstacle in [securing] the loyalty of local Sunni Arabs, which are essential to the US strategy to create political and military alternatives to Damascus in Syria’s north.

Apart from oil regions, such incidents started to occur in other parts of Syria’s north. Hence the May coalition airstrikes in Hasakah province and the growing tensions in Raqqa province. The most recent direct Sunni-Kurd clash took place there on March 26. Sunni protests have started in western parts of Raqqa. They occurred after Kurdish SDF fighters arrested the leader of Bu-Hamis tribe, Sheikh Bashir Hamdan al-Khashar. The demonstrations, which escalated to armed clashes with SDF, involved inhabitants of El-Mansur and other towns in the western part of the province.

Raqqa inhabitants are unhappy that SDF is forcing them to pay dues to support operations against Turkish forces near Afrin. People in Et-Tabka say SDF demanded each family pay 500 Syrian pounds.

In Deir-es-Zor, the conflict is over control of oil fields. There the Sunni-Kurdish conflict will be all the harsher. What’s most dangerous to the Americans is that their support for SDF Kurds may directly involve US troops in the clashes. But the Kurds can’t on their own resist government forces and local Sunnis.

The most explosive situation is in the Abu Hammam region, close to the Konako oil and gas facility captured by the Kurds and Americans, and which is the main center of the trial of strength by the opposing sides. On May 3, several hundred SDF fighters attacked this town and the nearby base of the Syrian Guard (Kuvat Nukba as-Suria), which is represented by armed militias from local Arab tribes.

The attack was caused by the refusal to submit to Kurdish commanders’ orders to move to Hasakah. The fighting lasted 5 days. After realizing they [couldn't] defeat the Syrian Guard on their own, SDF consulted with their US masters and on May 11 gave Abu Hammam an ultimatum to give up their weapons or be declared ISIS supporters.

Afterwards the city was struck by US aircraft, with the civilian losses being on the conscience of the Kurdish opposition. It was a major event, which badly discredited the US [with] the local Sunnis and only helped Assad.

In this situation Arab Sunni tribes which so far haven’t established cooperation with Damascus will have to make a choice. With corresponding Damascus guarantees concerning socio-economic autonomy including oil profit-sharing, Sunnis would move toward the federal center, not the Kurds.

One can promise the Sunnis anything since the main task right now is pushing out US and Kurdish forces from Deir-es-Zor with their help, which incidentally would create a dangerous precedent for the Pentagon in other Sunni areas.

The above passages, part of a lengthy analysis of the Syrian situation by a Russian for a Russian outlet, were translated into English by SouthFront and published on June 9. The title given bv SouthFront is somewhat misleading but this may be due to the translation, which could be better in parts. (P.S. Please send SouthFront money because they're working hard on a shoestring budget).

THE EXPENDABLE SUNNIS: WASHINGTON SEEKS TO REACH ITS OBJECTIVES IN SYRIA AT THE EXPENSE OF ARAB MONARCHIES by Evgeniy Satanovskiy; Originally appeared in Russian on vpk-news.ru

The entire analysis is definitely worth plowing through.

For more background on the uprising see my posts on June 3 and June 10.

The uncredited photo above accompanied a 2012 CNN report Fog suspected in 100-vehicle Texas wrecks that claim at least two lives.

Yes. It was probably fog, just as it is in the U.S. pileup in Syria.