Look! A comprehensible map at SouthFront! 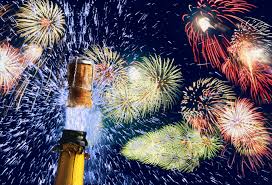 But why do they call it At-Tanf in the headline instead of Al-Tanf? It's Al-Tanf on the map. Nevermind; Rome wasn't built in a day. All right, Pundita, settle down, just settle down. Nervous energy is what this is -- waiting for the Southern Offensive to launch. Now can we please get to the report?

Pro-government forces, supported by the Russian Aerospace Forces, have foiled a militant attack on the government-held ancient city of Palmyra from the US-held area of Al-Tanf in eastern Syria, the Russian military said in a statement on June 11.

According to the statement, the development took place on the same day, early in the morning (4:00 am GMT +3). Syrian troops reportedly detected a group of militants with motorcycles and vehicles armed with machine guns near Tall Ghurab. Five militants were killed and a vehicle and a motorcycle were destroyed in the erupted clashes.

The statement added that attempts by militants to carry out operations from the Al-Tanf area are carried out on a regular basis.

Oh I see; it was a typo. I wish you could send money to those people at SouthFront; they really could use it. Better mapmakers, a proofreader or two, a computer person who can really do live feeds, better translators. You can't imagine what your donation of 10 dollars or euros can accomplish in the service of good reporting on the Syrian War. Keep in mind they produce a video Syria situation report on an almost daily basis, which includes a transcript. And their videos are great -- they're not some person just sitting there and reading from a teleprompter.

I joke on occasion about SouthFront because I like how hard they work, but this is no joke; please donate to them.