This is one of the prettiest sights I've seen this year 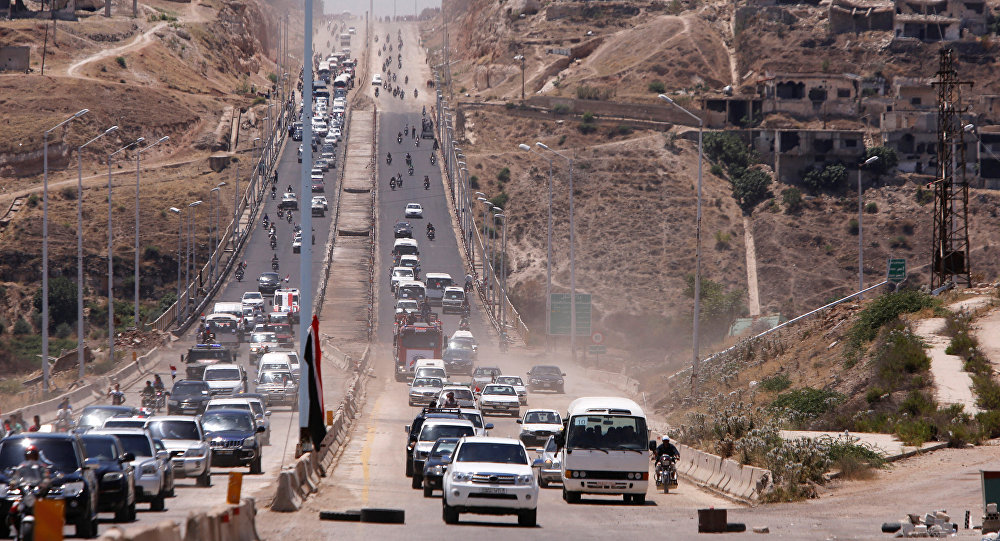 You're looking at the M5 highway between Homs and Hamas, which had been closed for seven years; it was officially reopened on June 6 after Syrian Army engineers repaired the 47 kilometers (29 miles). FARS has a one-minute video of heavy traffic on a stretch of the reopened "highway of peace" as it's also called, but a May 19 report/analysis at Moon of Alabama highlights the vital importance of clearing the entire highway:

Until two weeks ago a large area around al-Rastan between Homs and Hama was still held by mostly local "rebel" forces. The Syrian government sent its Tiger forces and an ultimatum - give up or die. The "rebels" decided to avoid a fight which they would surely have lost. They agreed to be evacuated and were dumped into Idlib. Al-Rastan is back in government hands. This move freed the M5 highway between Homs and Hama.

The M5 highway is the main north-south artery of Syria. It connects Gaziantep in Turkey with Amman in Jordan. The highway runs through the main Syrian cities of Aleppo, Hama, Homs and Damascus. Before the war started all transit traffic between Turkey and the rich Gulf countries as well as most of the internal Syrian commerce ran along this road. Turkey, Syria and Jordan have a common economic interest in securing and reopening this lifeline.

The next strategic task for the Syrian army is therefore to secure the M5 highway in its full length.

MoA continues with a discussion that includes readable maps on how the task can be accomplished.